Some people love sleeping on a softer surface and the Biomat is fairly firm so Richway developed the Quantum Energy Pad to not only add a layer of comfort to use with the Biomat, but also to add even more healing power to your Biomat experience.

The Quantum Energy Pad has three different layers of healing material that combine and work with the Biomat to give you a better night's sleep, relieve pain, detoxify your body and improve your immune system.

Included with the Quantum Energy Pad:

For years, some Biomat users said that they loved their Biomat, but that it was somewhat firm or they would otherwise sleep on their Biomat.  So Richway got to work on making something that could provide an extra layer of comfort, but that wasn't good enough.  Richway decided that layer of luxury also needed to have function.

The Richway Quantum Energy Pad has three layers that all add comfort and healing to your BIomat experience.

TOCA™ Layer: This layer is made up of natural Tourmaline gemstones.  Tourmaline is not only a natural emitter of far infrared rays, but it is also the stone that produces the most negative ions, which purify the air around you.  When used with the Biomat, which also generates negative ions, you can be sure that the air surrounding you is fresh and healthy!

Quantum Energy Fabric:  This fabric, just like the TOCA layer, emits far infrared rays, and is made from grape and peach seeds, which generate quantum energy.

Bio Clay Memory Foam: This layer conforms to your body and provides excellent support for your spine and it contains ochre which has anti-microbial enzymes that resist the growth of bacteria. 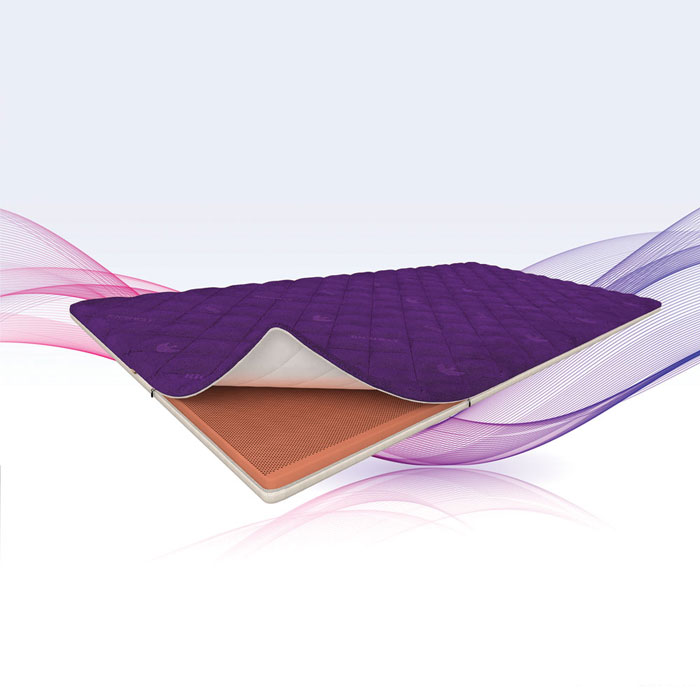 Quantum Energy and how it improves health 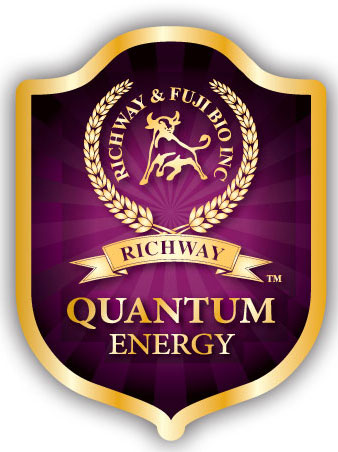 "Quantum physics teaches us there is no difference between energy and matter. All systems in the human being, from the atomic to the molecular level, are constantly in motion-creating resonance. This resonance is important to understanding how subtle energy directs and maintains health and wellness in the human being. Energy medicine (EM), whether human touch or device-based, is the use of known subtle energy fields to therapeutically assess and treat energetic imbalances, bringing the body’s systems back to homeostasis (balance)."  - The National Institute of Health.

One of the Quantum Energy Pad's three layers is dedicated to bringing the energy required to normalize cell functions.  This layer contains grape and peach seeds, which are known to be made up of 18 substances that each bring a particular benefit to cellular functon through the energy they create, and when mixed with amethyst dust, this energy is amplified.  These 18 substances are:

Phosphorylethanolamine - used to build Glycerophospholipids, which are the primary component of biological membranes.  It is also used to build Sphingomyelin, which is 10-20% of human cell membranes.

Aspartic Acid is an amino acid that is a component of most proteins.  Asparic acid is crucial in the metabolism of nitrogen in humans and is an important neurotransmitter.

Theanine increases the levels of dopamine and serotonin, neurotransmitters that help regulate mood and emotions, in the body.

Serine another amino acid that is a component of most proteins and plays an important role in their synthesis and in the metabolism between cells. It also aids in the functioning of RNA, DNA, the immune system and muscle formation.

Glutamic Acid is an amino acid used to form proteins and is used in the body to help nerve cells in the brain communicate with other cells.

Glycine a building-block amino acid that makes proteins in the human body.

Alanine also used to make proteins, alanine is an amino acid that provides energy for the central nervous systems and muscles.

Citrulline is an amino acid that, unlike most, doesn't help build proteins.  Instead, citrulline cleanses your body of harmful substances like ammonia via your urine.

A-amino-n-butyric Acid is an intermediary in biosynthesis.

Methionine is an essential amino acid used in the body to make proteins.

Leucine is an amino acid that helps regulate many cellular processes, including protein synthesis, tissue regeneration, and metabolism.

Ethanolamine is an organic chemical compound used in the formation of cell membranes.

Ammonia is a byproduct of digesting proteins.

Lysine is used in the body to aid in the absorbtion of calcium and in the production of collagen which is vital in bones and connective tissues like skin, cartilage and tendons.

Histidine is used by the body to grow and repair damaged tissues, to protect nerve cells and to produce blood cells.  The body also uses it to make histimines, which are made by the immune system to rid the body of something that's bothering it.

The Richway Quantum Energy Pad is made with soft, durable microfiber, which has other benefits, including:

Anti-bacterial: Because of it's impenetrable surface, microfiber inhibits the growth of bacteria and the proliferation of germs and mold. 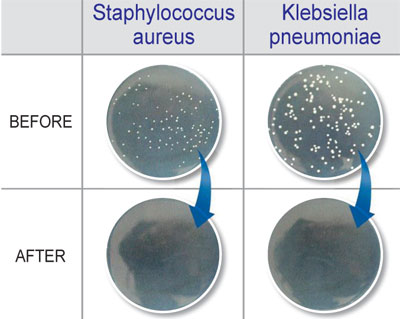 Healing synergy: The Quantum energy pad and the Biomat

The Richway Quantum Energy Pad comes in four different sizes: Professional, Single, Queen and King.  The Quantum Energy Pad is a padding option for the Biomat 7000mx that provides comfort to an otherwise firm Biomat and added healing power via the grape and peach seeds that emit far infrared rays.